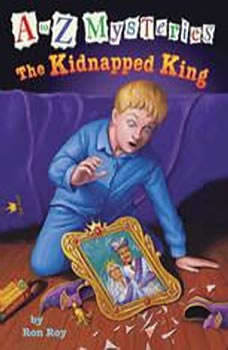 A to Z Mysteries: The Kidnapped King

K is for Kidnapped!

Someone has kidnapped the king and queen of Socotra. For safety's sake, their son is staying with Dink until they are safe. But then the prince is kidnapped, too! Can Dink, Josh, and Ruth Rose unmask the royals' enemies before it's too late? Or is the royal family of Socotra gone forever?