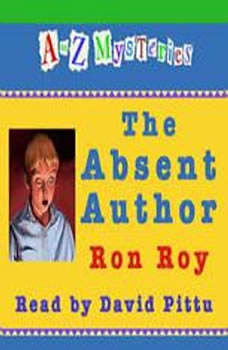 A to Z Mysteries: The Absent Author

Series: A to Z Mysteries #1

Help Dink, Josh, and Ruth Rose solve mysteries from A to Z!

Kids love collecting the entire alphabet and super editions! With over 8 million copies in print, the A to Z Mysteries® have been hooking chapter book readers on mysteries and reading for years. Now this classic kid favorite is back with a bright new look!

A is for Author . . . A famous writer is coming to Green Lawn! Dink rushes to the bookstore to meet his favorite author, Wallis Wallace, and get all his books signed. But the author never shows up! Where is Wallis Wallace? It’s up to Dink and his friends Josh and Ruth Rose to track him down.