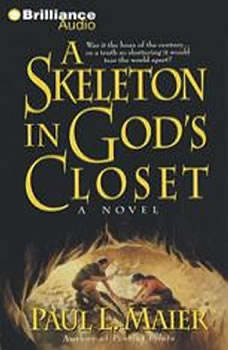 A Skeleton in God's Closet

Dr. Jonathan Weber, Harvard professor and biblical scholar, is looking forward to his sabbatical year on an archaeological dig in Israel. But a spectacular find that seems to be an archaeologist's dream-come-true becomes a nightmare that could be the death rattle of Christianity. Meanwhile, Weber's strong interest in Shannon Jennings, daughter of the dig's director, is an exhilarating complication.Carefully researched and compellingly written, this fast-paced thriller takes you from the dust of an archaeological dig to the laboratories of dedicated scientists to the halls of political and religious power, where world reaction is instant, fierce, and shattering. Moreover, A Skeleton in God's Closet explores the tension between doubt and faith, science and religion, and one man's determination to find the truth—no matter what the cost.