Series: A Court of Thorns and Roses #1

"The seductive and stunning #1 New York Times bestselling sequel to Sarah J. Maas’s spellbinding A Court of Thorns and Roses. Adapted from the novel and produced with a full cast of actors, immersive sound effects and cinematic music! Feyre has undergone more trials than one human woman can carry in her heart. Though she’s now been granted the powers and lifespan of the High Fae, she is haunted by her time Under the Mountain and the terrible deeds she performed to save the lives of Tamlin and his people. As her marriage to Tamlin approaches, Feyre’s hollowness and nightmares consume her. She finds herself split into two different people: one who upholds her bargain with Rhysand, High Lord of the feared Night Court, and one who lives out her life in the Spring Court with Tamlin. While Feyre navigates a dark web of politics, passion, and dazzling power, a greater evil looms. She might just be the key to stopping it, but only if she can harness her harrowing gifts, heal her fractured soul, and decide how she wishes to shape her future?and the future of a world in turmoil. Bestselling author Sarah J. Maas’s masterful storytelling brings this second audiobook in her dazzling, sexy, action-packed series to new heights. Performed by Melody Muze, Anthony Palmini, Henry W. Kramer, Jon Vertullo, Amanda Forstrom, Nora Achrati, Gabriel Michael, Megan Dominy, Shawn K. Jain, Holly Adams, Natalie Van Sistine, Alysia Beltran, Darius Johnson, Karenna Foley, Scott McCormick, Trei Taylor, Debi Tinsley, Hannah Curtis, Ann Flandermeyer, Jeri Marshall, Shanta Parasuraman, Wyn Delano, Chris Davenport, Ryan Carlo Dalusung, Yasmin Tuazon, and Nanette Savard."

A Court of Thorns and Roses Bundle 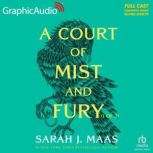 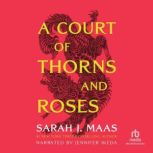 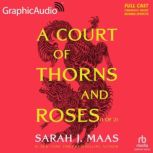