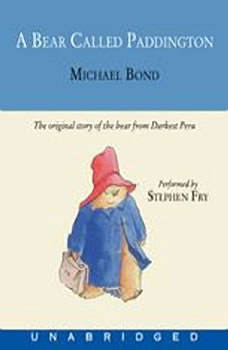 Paddington Bear had traveled all the way from Darkest Peru when the Brown family first met him on Paddington Station. Since then their lives have never been quite the same ... for ordinary things become quite extraordinary when a bear called Paddington is involved.Read by Stephen Fry

On the Banks of Plum Creek
by Laura Ingalls Wilder