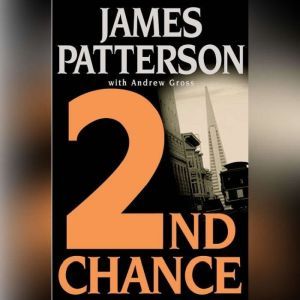 The sensational killings that have rocked San Francisco appear to be unrelated except in their brutality. But detective Lindsay Boxer senses there's some thread connecting them all. She calls her friends in the Women's Murder Club together to see if they can discover what it is.Working with Chronicle reporter Cindy Thomas, Assistant District Attorney Jill Bernhardt, and medical examiner Claire Washburn, Lindsay discovers that there is indeed a link. Each of the victims had a close relative in a particular profession, a profession that sends a chill through Lindsay's heart.The partners in the Women's Murder Club deduce where the killer is likely to strike next and bait a trap that can't be resisted. But if their calculation is wrong, the consequences will be lethal. And there will be no second chance.

I enjoyed the narration of the first book in this series, but I am having a hard time enjoying this one because the narration is so void of emotion and inflection. The storyline is just as good as book one the problem isn't with that. Rather then telling a story, the female narrator is merely reading words. It is difficult to stay focused on the story when the cadences in the narrators voice are so predictable and regulated. Most of the characters sound almost exactly the same. I do like the addition of a male voice narrating the antagonist, though.

this book is different but a good different this book follows a group of women who formed a club and solves murders. There is a little annoyance with repeating a plot but after this one i will take a break from the series and return to it later. I love that the chapters are short it makes me feel accomplished to have so many chapters read and each chapter is a new view you get the main character her friends the crime unit and the person they try to nab. all in all good action and suspense.