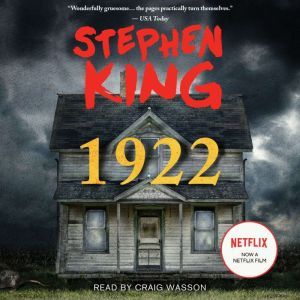 The chilling novella featured in Stephen King's New York Times bestselling short story collection Full Dark, No Stars—soon to be a Netflix original film starring Thomas Jane and Molly Parker.A violence awakens inside a man when his wife proposes selling off the family homestead, setting in motion a grisly train of murder and madness.