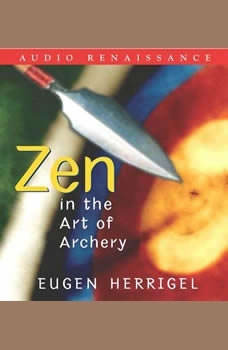 Zen in the Art of Archery

This intriguing, influential work of literature—an outstanding way to experience Zen—is now available on cdIt is almost impossible to understand Zen by studying it as you would other intellectual pursuits. The best way to understand Zen is, simply, to Zen. This is what author Eugen Herrigel allows us to do by sharing his own fascinating journey toward a comprehension of this illuminating philosophy. In Japan, an art such as archery is not practiced solely for utilitarian purposes such as learning to hit targets. Archery is also meant to train the mind and bring it into contact with the ultimate reality. If one really wishes to be master of an art, technical knowledge of it is not enough. One has to transcend technique so that the art becomes an "artless art" growing out of the Unconsciousness. In this way, as the author simply, clearly demonstrates, archery becomes a path to greater understanding and enlightenment.