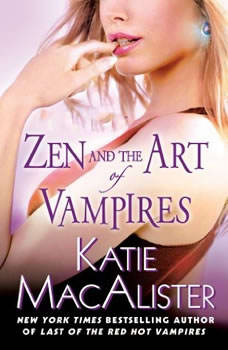 Zen and the Art of Vampires

Series: The Dark Ones series #6

USA Today and Publishers Weekly best-selling author Katie MacAlister gets listeners¹ hearts racing with her unique brand of paranormal romance. While on a singles tour of Europe, Seattle¹s own Pia Thomason is looking for a man and trying not to think about her 40th birthday. Too bad her choice of suitors is less than appealing. But when she meets two mysterious strangers in Iceland, Pia becomes immersed in an undead love affair.

The Dark Ones series Bundle

Zen and the Art of Vampires
The Dark Ones series #6

A Girl's Guide to Vampires
The Dark Ones series #1

Sex and the Single Vampire
The Dark Ones series #2