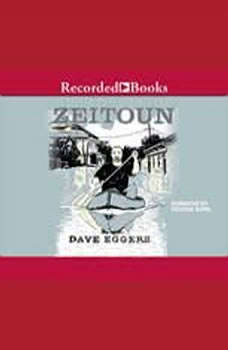 Dave Eggers is the New York Times best-selling author of the critically lauded A Heartbreaking Work of Staggering Genius. Here he chronicles the Kafka-esque tribulations of Syrian-American Abdulrahman Zeitoun in the wake of Hurricane Katrina. His story is a moving testament to the resilience of the human spirit.

Being Mortal
by Atul Gawande

In Being Mortal, bestselling author Atul Gawande tackles the hardest challenge of his profession: how medicine can not only improve life but also the process of its ending Medicine has triumphed in modern times, transforming birth, injury, and infec...

The Myth of Race
by Robert Wald Sussman

Although eugenics is now widely discredited, some groups and individuals claim a new scientific basis for old racist assumptions. Pondering the continuing influence of racist research and thought, despite all evidence to the contrary, Robert Wald Su...

From a former marine and Yale Law School graduate, a powerful account of growing up in a poor Rust Belt town that offers a broader, probing look at the struggles of America’s white working classHillbilly Elegy is a passionate and pe...

Malcolm Gladwell, host of the podcast Revisionist History and #1 bestselling author of The Tipping Point, Blink, Outliers, David and Goliath, and What the Dog Saw, offers a powerful examination of our interactions with strangers---and why they ofte...

Winner of the Pulitzer Prize, Guns, Germs and Steel examines the rise of civilization and the issues its development has raised throughout history.  Having done field work in New Guinea for more than 30 years, Jared Diamond presents t...

Here, from Bill Clinton, is a call to action. Giving is an inspiring look at how each of us can change the world. First, it reveals the extraordinary and innovative efforts now being made by companies and organizations—and by individuals—...

#1 NEW YORK TIMES BESTSELLER • A timely and important new book that challenges everything we think we know about cultivating true belonging in our communities, organizations, and culture, from the #1 bestselling author of Rising Strong, Da...