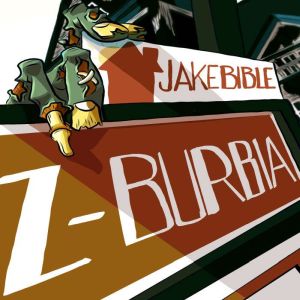 Whispering Pines is a classic, quiet, private American subdivision on the edge of Asheville, NC, set in the pristine Blue Ridge Mountains. Which is good since the zombie apocalypse has come to Western North Carolina and really put suburban living to the test!

Surrounded by a sea of the undead, the residents of Whispering Pines have adapted their bucolic life of block parties to scavenging parties, common area groundskeeping to immediate area warfare, neighborhood beautification to neighborhood fortification.

But, even in the best of times, suburban living has its ups and downs what with nosy neighbors, a strict Home Owners’ Association, and a property management company that believes the words “strict interpretation” are holy words when applied to the HOA covenants. Now with the zombie apocalypse upon them even those innocuous, daily irritations quickly become dramatic struggles for personal identity, family security, and straight up survival.

Welcome to normal life in Z-Burbia!

“The first novel in Jake Bible's Z-Burbia series hooked me. What appeared to be a jokey take on zombie fiction quickly develops some great characters and story” -Boing Boing.net

A few other books by Jake Bible: