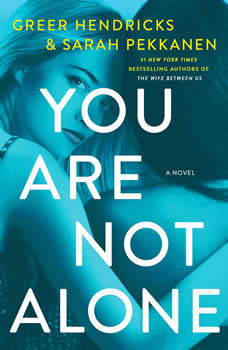 You Are Not Alone: A Novel

The electrifying #1 New York Times bestselling authors of THE WIFE BETWEEN US and AN ANONYMOUS GIRL return with a brand new novel of psychological suspense.

Until Shay meets the Moore sisters. Cassandra and Jane live a life of glamorous perfection, and always get what they desire. When they invite Shay into their circle, everything seems to get better.

Shay would die for them to like her.
She may have to.