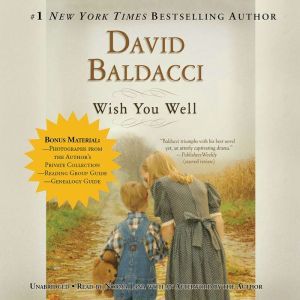 David Baldacci's million-copy-plus bestseller is now a feature film available on DVD and video on demand! Precocious 12-year-old Louisa Mae Cardinal lives in the hectic New York City of 1940 with her family. Then tragedy strikes--and Lou and her younger brother, Oz, must go with their invalid mother to live on their great-grandmother's farm in the Virginia mountains. Suddenly Lou finds herself coming of age in a new landscape, making her first true friend, and experiencing adventures tragic, comic, and audacious. But the forces of greed and justice are about to clash over her new home...and as their struggle is played out in a crowded Virginia courtroom, it will determine the future of two children, an entire town, and the mountains they love.