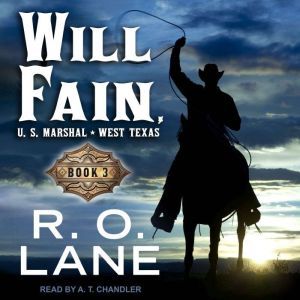 Marshal Will Fain and Deputy Marshal Isum Wood track an escaped murderer who has escaped from the Santa Angela jail with the help of his brothers. They defend the Fain Ranch against a vengeful posse from Fort Griffin intent on murdering Will and Isum, uncover a four-state counterfeiting operation headquartered in San Antonio and track down one of Texas' most famous bank robbers, Jim Bob Winslow. Will and Isum refuse to recognize the border between Texas and Mexico, and go into Mexico to capture four of the toughest and most murderous outlaws ever known in Texas. Marshal Fain testifies many times in the counterfeiting trial and attends the hanging of Winslow and his gang. During this action, Will's wife, Virginia, gives birth to twin boys, Jesse and Joshua, and Will gains new respect and love for her.

Get 5% off your total order by adding 3 or more audiobooks from Will Fain, U.S. Marshal 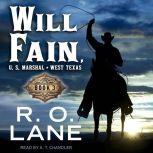 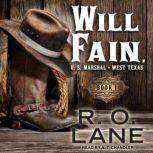 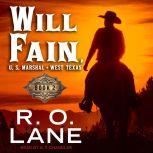