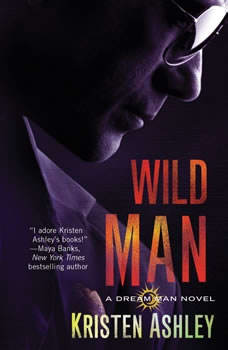 She's about to walk on the wild side . . . While filling the display case in her bakery, the bell over the door sounds and Tessa O'Hara looks up to see the man of her dreams. Within thirty seconds he asks her out for a beer. But after four months of dating, she discovers he's an undercover DEA agent-and he's investigating her possible role in her ex-husband's drug business. For Tess, this means their relationship is over. Brock disagrees. He's committed to his anti-drug mission, but he's fallen in love with the beautiful woman who's as sweet as her cupcakes-and he'll do anything to win her back. Standing between Tess and Brock are their own exes, one of them a drug lord who's determined to get what he wants. Now as danger threatens, can Brock break the rules he's lived by and let loose his wild side to protect the woman he loves?125,000 words

Welcome to New York Times and USA Today bestselling author Kristen Ashley's Colorado Mountain Series, where friends become family and everyone deserves a second chance.When you lose everything, anything is possible.Lauren Grahame needs a whole new ...

Night time is the right time...Gwendolyn Kidd has met the man of her dreams. He's hot, he's sexy, and what started as a no-names-exchanged night of passion has blossomed into a year and a half-long pleasure fest. Sure, it's a little strange that he...

Welcome to New York Times and USA Today bestselling author Kristen Ashley's Colorado Mountain Series, where friends become family and everyone deserves a second chance.All you need is a little luck.Lexie Berry has had nothing but bad luck. You name...