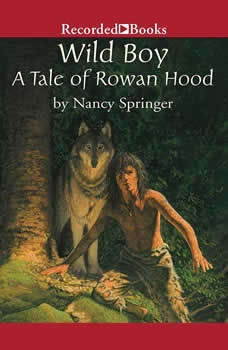 Nancy Springer is a two-time recipient of the Edgar Award for Best Young Adult Mystery. Her beloved Rowan Hood books are favorites of young readers. Wild Boy, the fourth book of the series, tells the story of Rook-a feral, homeless orphan who stalks Sherwood Forest like a wild animal. Ever since the Sheriff of Nottingham killed his father, Rook has screamed for vengeance. Now with the evil Sheriff 's son caught in one of his man-traps, Rook may finally get the chance to exact his revenge.

JUNIE B. JONES IS NOT A CROOK, #9:A terrible thing happens when someone takes Junie B.'s new black furry mittens! And they keep them! So when Junie B. finds a wonderful pen on the floor, she should be allowed to keep it, too. Right? That's fair. Rig...

Discussion Questions for: Dork Diaries By Rachel Renée Russell Dork Diaries 1: Tales from a Not-So-Fabulous Life 1. Nikki is starting at a new private school. How does she learn about the culture of the school and figure out who is trustwor...

The Lying Game #2: Never Have I Ever
by Sara Shepard

My perfect life was a lie.Now I’d do anything to uncover the truth.Not long ago, I had everything a girl could wish for: amazing friends, an adorable boyfriend, a loving family. But none of them know that I’m gone—that I’m d...

Don't Judge a Girl by Her Cover
by Ally Carter

When Cammie “The Chameleon” Morgan visits her roommate Macey in Boston, she thinks she’s in for an exciting end to her summer break. After all, she’s there to watch Macey’s father accept the nomination for vice presiden...

Discussion Questions for: Dork Diaries By Rachel Renée Russell Dork Diaries 1: Tales from a Not-So-Fabulous Life 1. Nikki is starting at a new private school. How does she learn about the culture of the school and figure out who is trustwor...

The DUFF
by Kody Keplinger

Soon to be a major motion picture!Seventeen-year-old Bianca Piper may not be the prettiest girl in her high school, but she has a loyal group of friends, a biting wit, and a spot-on BS detector. She's also way too smart to fall for the charms of man...

When Ginny receives thirteen little blue envelopes and instructions to buy a plane ticket to London, she knows something exciting is going to happen. What Ginny doesn't know is that she will have the adventure of her life and it will change her in ...

Pinkalicious and the Little Butterfly
by Victoria Kann

Stay tuned for a brand-new show coming in winter 2018 to PBS Kids: Pinkalicious & Peterrific!Kids will love to see the magic of metamorphosis with Victoria Kann’s Pinkalicious and the Little Butterfly.Pinkalicious is so excited when Miss ...