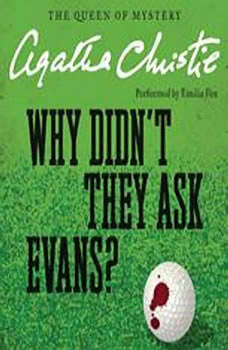 Why Didn't They Ask Evans?

A dying man’s bewildering last words pull an inquisitive young man and his beautiful companion into a dangerous web of lethal secrets in Agatha Christie’s classic mystery, Why Didn’t They Ask Evans?While playing an erratic round of golf, Bobby Jones slices his ball over the edge of a cliff. His ball is lost, but on the rocks below he finds the crumpled body of a dying man. The man opens his eyes and with his last breath says, "Why didn't they ask Evans?"Haunted by those words, Bobby and his vivacious companion, Frankie, set out to solve a mystery that will bring them into mortal danger. . .