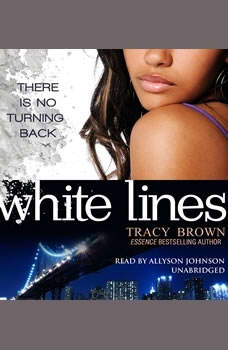 Jadaleft home at the age of sixteen, running from her own demons and the horrors of physical abuse inflicted by her mothers boyfriend.She partied hard,and life seemed good when she was with Born, the neighborhood kingpin whose name was synonymous with money, power, and respect.But all his love couldnt save her from a crack addiction.Jada goesfromcrack addict and prostitute to survivor and back again before she finds the strength to live for herself and come out on top.And her stormyromance with one of the fiercest hustlers on the streets makesWhite Linesone of themost unforgettable urban love stories of the year.

Every Thug Needs a Lady
by Wahida Clark

"Every Thug Needs A Lady" is the spellbinding sequel to Wahida Clark's Thugs and the Women Who Love Them. After taking us through the rugged, thug-filled lives of Jaz, Kyra, and Angel, Wahida now takes us into the drama filled life of their best fri...

Jaylin Jerome Rogers, an investment broker worth millions, lives a high-class life with plenty of women to share it with. Nestled in his lavishing home in Chesterfield, Missouri, he captures women with his wealth, charm, nine-plus inches of goodness...

Payback Is a Mutha
by Wahida Clark

In this gritty urban drama, New York Times bestselling author Wahida Clark tells the story of a woman who thinks she has everything, but who really has everything to lose--starting with her best friend, and ending with her life. . . Brianna and Shan...

Tracey Brown put her literary skills down. This book was excellent. To all who love street fiction this is a must read.....you wont be disappointed. If I could have given this book 10 stars I would have this book left me with the wow factor.

I WAS HOOKED FROM THE FIRST PAGE! I was a fiend and couldn't put it down till I finished it at 4 AM knowing I had to be up in 2 hours for work THAT GOOD! MUST READ for lovers of Street Lit!

This book was good.