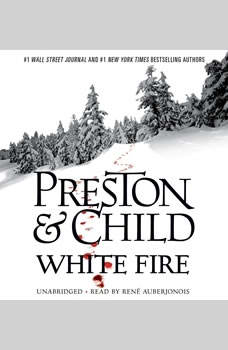 Past and present collide as Special Agent Pendergast uncovers mysterious connections between a string of 19th century bear attacks in a Colorado mining town, a fabled, long-lost Sherlock Holmes story, and a deadly present-day arsonist.In 1876, in a mining camp called Roaring Fork in the Colorado Rockies, eleven miners were killed by a rogue grizzly bear. Corrie Swanson has arranged to examine the miners' remains. When she makes a shocking discovery, town leaders try to stop her from exposing their community's dark and bloody past. Just as Special Agent Pendergast of the FBI arrives to rescue his protege, the town comes under siege by a murderous arsonist who-with brutal precision-begins burning down multimillion-dollar mansions with the families locked inside. Drawn deeper into the investigation, Pendergast discovers a long-lost Sherlock Holmes story that may be the key to solving both the mystery of the long-dead miners and the modern-day killings as well.Now, with the ski resort snowed in and under savage attack-and Corrie's life suddenly in grave danger-Pendergast must solve the enigma of the past before the town of the present goes up in flames.

Special Agent Pendergast-one of the most original, compelling characters in all of contemporary fiction-returns in Preston and Child's new exhilarating novel BLUE LABYRINTHA long-buried family secret has come back to haunt Special Agent Aloysius Pe...