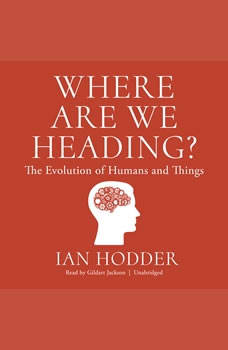 Where Are We Heading?: The Evolution of Humans and Things

In this engaging exploration, archaeologist Ian Hodder departs from the two prevailing modes of thought about human evolution: the older idea of constant advancement toward a civilized ideal and the newer one of a directionless process of natural selection. Instead, he proposes a theory of human evolution and history based on entanglement, the ever-increasing mutual dependency between humans and things.Not only do humans become dependent on things, Hodder asserts, but things become dependent on humans, requiring an endless succession of new innovations. It is this mutual dependency that creates the dominant trend in both cultural and genetic evolution. He selects a small number of cases, ranging in significance from the invention of the wheel down to Christmas tree lights, to show how entanglement has created webs of human-thing dependency that encircle the world and limit our responses to global crises.