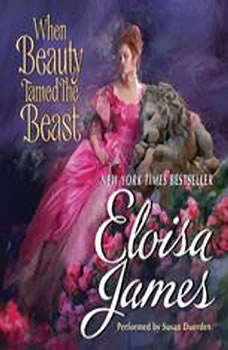 When Beauty Tamed the Beast

Miss Linnet Berry Thrynne is a Beauty . . . Naturally, she's betrothed to a Beast.Piers Yelverton, Earl of Marchant, lives in a castle in Wales where, it is rumored, his bad temper flays everyone he crosses. And rumor also has it that a wound has left the earl immune to the charms of any woman. Linnet is not just any woman.She is more than merely lovely: her wit and charm brought a prince to his knees. She estimates the earl will fall madly in love—in just two weeks.Yet Linnet has no idea of the danger posed to her own heart by a man who may never love her in return.If she decides to be very wicked indeed . . . what price will she pay for taming his wild heart?

The Duke Is Mine
Fairy Tales #3