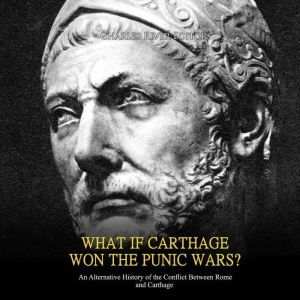 What if Carthage Won the Punic Wars? An Alternative History of the Conflict Between Rome and Carthage

The Punic Wars spanned more than a century, brought the loss of approximately 400,000 lives, and eventually led to the utter defeat and destruction of Carthage, but it was no easy victory for Rome, and on several occasions the young Roman Republic was close to annihilation. Given what happened in the wake of the Punic Wars, historians have long been left to ponder what might have happened had the Carthaginians won, especially given how close Hannibal came to accomplishing such a victory against Rome during the Second Punic War. What if Carthage Won the Punic Wars? An Alternative History of the Conflict Between Rome and Carthage profiles the conflict and examines how events may have gone quite differently for Europe if Rome had been defeated.