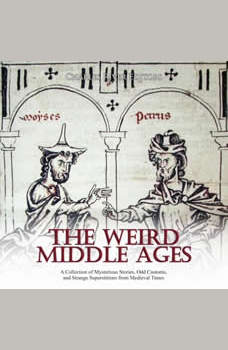 In the time period between the fall of Rome and the spread of the Renaissance across the European continent, many of today’s European nations were formed, the Catholic Church rose to great prominence, some of history’s most famous wars occurred, and a social class system was instituted that lasted over 1,000 years. A lot of activity took place during a period frequently labeled derogatively as the “Dark Ages,” and while that period of time is mostly referred to as the “Middle Ages” instead of the Dark Ages today, it has still retained the stigma of being a sort of lost period of time in which Western civilization made no worthwhile progress after the advances of the ancient civilizations of Greece and Rome.

The Middle Ages have always gripped people’s imaginations, and knights, fair ladies, castles, jousting, and feasts make for a pleasant picture, but the reality was quite different. People were dirty, disease was rife, war was cruel, and life was short. People died in bizarre ways, frequently insisted they saw visions in the sky, and invented marvelous devices seemingly way before their time. British writer L. P. Hartley famously wrote, “The past is a foreign country; they do things differently there.” Europe in the Middle Ages was more like a different planet.

The Weird Middle Ages: A Collection of Mysterious Stories, Odd Customs, and Strange Superstitions from Medieval Times includes all kinds of tales about people and events during the era.