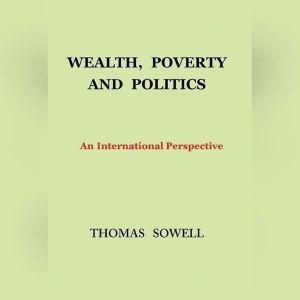 In Wealth, Poverty, and Politics, Thomas Sowell, one of the foremost conservative public intellectuals in the country, argues that political and ideological struggles have led to dangerous confusion about income inequality in America. Pundits and politically motivated economists trumpet ambiguous statistics and sensational theories while ignoring the true determinant of income inequality: the production of wealth. We cannot properly understand inequality if we focus exclusively on the distribution of wealth and ignore wealth production factors such as geography, demography, and culture. Sowell contends that liberals have a particular interest in misreading the data and chastises them for using income inequality as an argument for the welfare state. Refuting Thomas Piketty, Paul Krugman, and others, Sowell draws on empirical data to show that the inequality is not nearly as extreme or sensational as we have been led to believe. Transcending partisanship through a careful examination of data, Wealth, Poverty, and Politics reveals the truth about the most explosive political issue of our time.