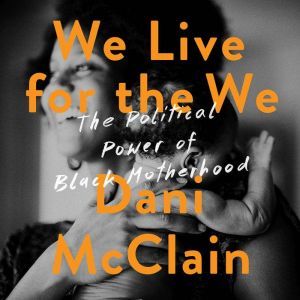 We Live for the We: The Political Power of Black Motherhood

A warm, wise, and urgent guide to parenting in uncertain times, from a longtime reporter on race, reproductive health, and politicsIn We Live for the We, first-time mother Dani McClain sets out to understand how to raise her daughter in what she, as a black woman, knows to be an unjust--even hostile--society. Black women are more likely to die during pregnancy or birth than any other race; black mothers must stand before television cameras telling the world that their slain children were human beings. What, then, is the best way to keep fear at bay and raise a child so she lives with dignity and joy?McClain spoke with mothers on the frontlines of movements for social, political, and cultural change who are grappling with the same questions. Following a child's development from infancy to the teenage years, We Live for the We touches on everything from the importance of creativity to building a mutually supportive community to navigating one's relationship with power and authority. It is an essential handbook to help us imagine the society we build for the next generation.