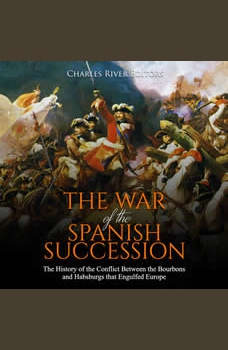 War of the Spanish Succession, The: The History of the Conflict Between the Bourbons and Habsburgs that Engulfed Europe

The War of the Spanish Succession, fought at the beginning of the 18th century, was the last major war engaged in by French King Louis XIV, the legendary Sun King, and it was also the most famous of all military conflicts during his reign. While the length and the scope of the conflict are the primary reasons why people have given so much attention to it, another reason for its historical popularity is no doubt the fact that its outcome humbled the French king, to the delight of his many critics. He was, after all, the one who had given himself the lofty nickname of “the Sun King.”

During this lengthy European conflict, King Louis XIV of the Bourbon dynasty was pitted against Emperor Leopold of the Habsburg Dynasty of Austria, as well as Leopold’s British and Dutch Allies. Lasting 13 years, the war spread from France and Austria to involve countries across the globe, and all of it centered on what would become of Spain’s massive empire after the death of King Carlos II, who had no obvious successor to his crown. As an only child who had no children himself, Carlos II had been sickly his entire life, but as enfeebled as he was, he did preside over a rich empire that spread all the way across the Iberian Peninsula and included European territories in Italy and the Low Countries, land in North Africa, North and South America, and even as far away as the Philippines. Such an immense and wealthy empire needed a ruler, and as King Carlos II aged and weakened, everyone wanted to know who that would be.

Considering the age-old rivalry between the kingdom of France and the Austrian Empire, it is no surprise that those two powers both set their sights on the Spanish throne. As each side started to advance a claim that they were the legitimate heir to the throne, the initial idea across the continent was to find a peaceable solution that would manage to avoid a full-blown conflict.