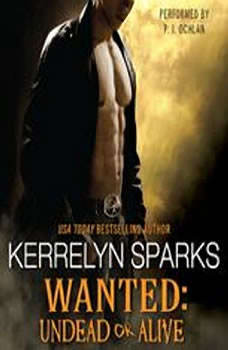 He's a vampire from the big city . . . Phineas McKinney thought New York City was tough, until he was attacked by Malcontents—evil vampires who consider mortals to be snacks. Saved by the good vampires, Phin swore to devote his now undead life to stopping the Malcontents. He's got his job cut out for him when word comes that their enemy may be hiding in Wyoming. What does a city boy like him know about horses and campfires? Good thing he's got Brynley Jones with him . . . if only she didn't hate every vampire on earth.She's a werewolf princess . . . Bryn believes vampires are seductive and charming, and that makes them dangerous. So she's more than a little annoyed about teaming up with Phin, even if he is the only bloodsucker able to make her inner wolf purr. But as they hunt down the new leader of the Malcontents, danger threatens . . . and Phineas and Brynley discover a passion that will rock the foundation of their supernatural world.

Devoured by Darkness
by Alexandra Ivy

Tane is a Charon, sworn to hunt and kill rogue vampires. His new assignment seems like a waste of his talents—until he catches up with the jinn he's been sent to capture. Half human, half demon, Laylah has a vulnerable streak that strikes righ...