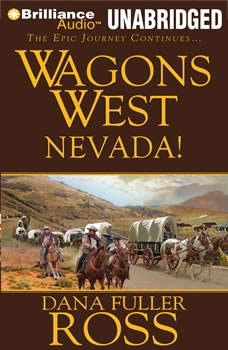 Virginia City, 1861. As thousands of fortune-seekers descend on the silver-rich boomtown hoping to cash in on the Comstock Lode, a very different cause unites the ranks of courageous soldiers in the coming Civil War — the supreme battle for America’s future. Major General Lee Blake is assigned the treacherous task of transporting silver to the Union troops in Missouri — while enemies plot to sabotage his mission. By his side are some of the bravest men and women Blake has ever known: wagon-master Whip Holt, Holt’s quick-tempered son Toby, sharp-shooting newswoman Suzanne Fulton, and English widow Allison White, who may be forced into espionage. With states seceding one by one, and tensions rising every day, the fate of a nation is riding on their journey. But there are those who will stop at nothing to keep the “silver train” from reaching its destination. And there are those who will sacrifice up everything — even their lives — for the golden promise of America...