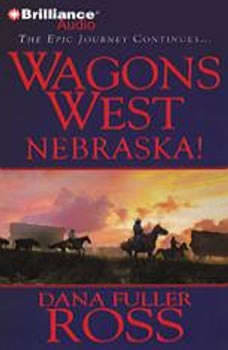 Autumn, 1837. Blazing onward from the eastern shores, to Missouri, the legendary wagon train sent by U.S. President Andrew Jackson has reached the last outpost of civilization. Now five hundred strong, these brave pioneers set a course across the great rolling plains toward the treacherous Rockies, hoping to stake a claim in the American West. Led by their new wagon master “Whip” Holt, they must unite as a team if they are to survive, despite their vast differences. For among them is an independent young woman who leaves everything she loves, a black man who dreams of freedom, a Native American who knows the harshness of the land…and hundreds of others willing to risk their lives for a new beginning. Set upon by Indians and enemies, nature and fate, this magnificent caravan will face any challenge to make their own destiny—and change the course of history forever. Their story is the story of America.