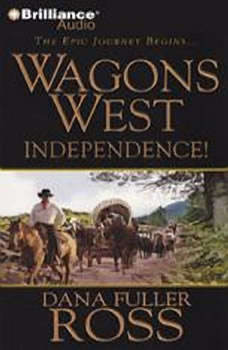 The year is 1837. The American West is untamed, uncivilized, and largely unclaimed. U.S. President Andrew Jackson, in a race with the British and Russians, sends a wagon train of would-be settlers into the uncharted Oregon territory, led by his close friend, mountain man and veteran Sam Brentwood. Teaming up with trail hand Whip Holt, widow Claudia Humphries, and a colorful group of courageous pioneers, Brentwood sets off from New York, heading westward to Independence, Missouri—the last outpost of civilization before the unknown and treacherous dangers of a new frontier. Along the way they will form unbreakable friendships, fight unforeseen enemies, and face unimaginable and often fatal odds. But in spite of the hardships and heartaches, the tragedies and triumphs, they will risk their lives to follow their dreams—and forge a nation’s destiny. This is their story.