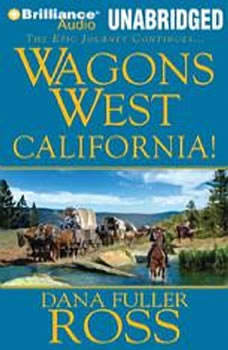 CALIFORNIA! Gold fever. It swept the country from coast to coast, luring more than a hundred thousand seekers to the untamed territory of California. For them, the Gold Rush of 1848 represented the American Dream come true. But for the settlers who lived there, it was an all-out assault on the homes they’d struggled so hard to build. Now boomtowns arise overnight, teeming with outlaws, killers, and desperate men. In Sacramento Valley, former Texas Ranger Rick Miller struggles to keep the peace with nothing more than a six shooter and guts. Melissa Austen, who survived the Oregon Trail, is forced into a life of prostitution. And wagon master Whip Holt must battle the odds to save her — and stem the tide of bloodshed and greed. For these brave homesteaders, freedom is the real golden opportunity — and America the only dream worth fighting for…