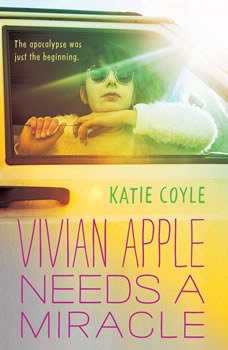 The predicted Rapture by Pastor Frick's Church of America has come and gone, and three thousand Believers are now missing or dead. Seventeen-year-old Vivian Apple and her best friend, Harpreet, are revolutionaries, determined to expose the Church's diabolical power grab...and to locate Viv's missing heartthrob, Peter Ivey. This fast-paced, entertaining sequel to Vivian Apple at the End of the World challenges readers to consider how to live with integrity in a disintegrating world.