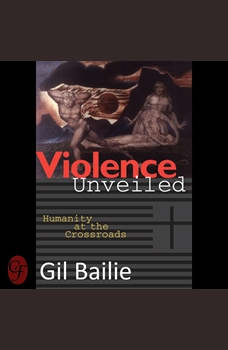 Violence Unveiled: Humanity at the Crossroads

This is a Girardian-influenced, engagingly written classic on the nature of violence and the hope for overcoming it in our conflict-ridden world. It is also a literary work, an often miraculous interplay between cultural documents and historical periods.

Gil Bailie wrote Violence Unveiled in the mid-1990s after learning of Rene Girard’s mimetic theory of human cultural origins. The mimetic theory posits that human interspecies violence posed an existential threat to the continuation of any early human community until the evolution/discovery of a particular kind of directed social violence – scapegoating violence - which in times of social crisis brought peace and harmony to the community at the expense of what would later be understood as a sacred victim or god who becomes a focus of religious awe.

Bailie intertwines various accounts of this phenomenon from history, literature and (then ‘90s) current journalistic sources. The Christian gospel accounts of the crucifixion of Jesus Christ and the theological reflection on its effects and meaning are understood as the revelatory "unveiling" of the truth of the victim as the source of communal peace.

However, with this new knowledge and its moral implications cultures influenced by the Judeo-Christian tradition scapegoating violence has gradually lost its ability to bring people in crisis together. Without a change in the human heart, a conversion, this will eventually lead to apocalyptic forms of violence.