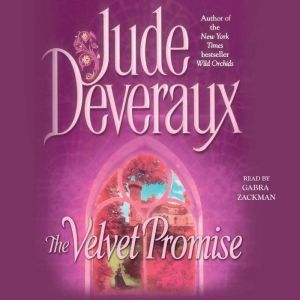 All of England rejoiced on her wedding day. But Judith vowed that her husband would get only what he took from her!At the flower-bedecked altar, the first touch of their hands ignited an all-consuming passion. Gavin Montgomery looked deep into her golden eyes and burned with desire for her...but his heart had been pledged to another. Humiliated and alone in a strange castle, Judith resolved to hate this husband who took her body, but rejected her love...never admitting her fear of losing him. But destiny held another fate for Judith...a fate that would keep at last...The Velvet Promise.