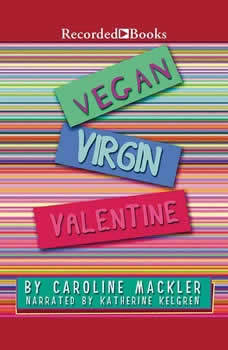 Author Carolyn Mackler has won such awards as the Michael L. Printz Honor Book award and the ALA Best Book for Young Adults award for her highly acclaimed novel The Earth, My Butt, and Other Big Round Things . Virgin Vegan Valentine was a Teen People "Don't Miss This" pick. In this story, Mara Valentine is in the home stretch-in just a few more months she will be off to college. But there is a slight wrinkle in her well laid plans. Her niece Vivienne (called V), who is only one year younger than Mara, is coming to live with her. V is very different from Mara, and they fight a lot. Is it possible that Mara and V will ever be able to find common ground?