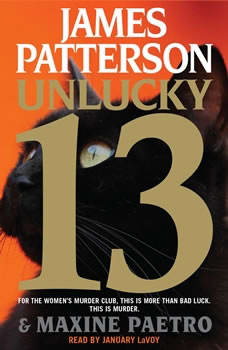 The Women's Murder Club is stalked by a killer with nothing to lose. San Francisco Detective Lindsay Boxer is loving her life as a new mother. With an attentive husband, a job she loves, plus best friends who can talk about anything from sex to murder, things couldn't be better. Then the FBI sends Lindsay a photo of a killer from her past, and her happy world is shattered. The picture captures a beautiful woman at a stoplight. But all Lindsay sees is the psychopath behind those seductive eyes: Mackie Morales, the most deranged and dangerous mind the Women's Murder Club has ever encountered. In this pulse-racing, emotionally charged novel by James Patterson, the Women's Murder Club must find a killer--before she finds them first.