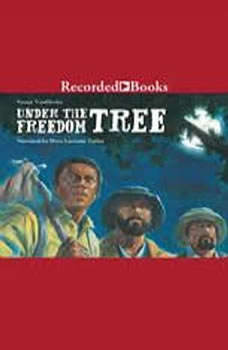 Under the Freedom Tree

Taut free verse tells the little-known story of the first contraband camp of the Civil War--seen by some historians as the "beginning of the end of slavery in America." One night in 1861, three escaped slaves made their way from the Confederate line to a Union-held fort. The runaways were declared "contraband of war" and granted protection. As word spread, thousands of runaway slaves poured into the fort, seeking their freedom. These "contrabands" made a home for themselves, building the first African American community in the country. In 1863, they bore witness to one of the first readings of the Emancipation Proclamation in the South--beneath the sheltering branches of the tree now known as Emancipation Oak.

Battle of Gettysburg, The
by Clara MacCarald

History comes alive for kids like no textbook can in this epic account of the American Civil War that's perfect for history buffs and reluctant readers! Contains awesome illustrations!From courageous cavalry rides deep into enemy territory to ...