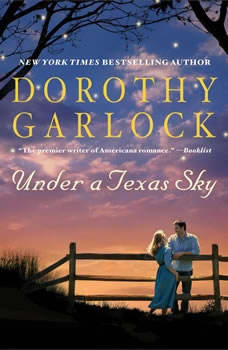 Under a Texas Sky

Growing up poor and largely abandoned on the streets of 1920s Chicago, Anna Finnegan has struggled her entire life. Until a talent manager discovers her and brings her into the world of theater. Now years later she's about to start shooting her first movie. Arriving on location in Redstone, Texas, in 1932, Anna steps off the train and collides into Dalton Barnes. He's lived in Redstone all his life and hates how the big city out-of-towners are gawking at the small-town locals like him. It doesn't take long, though, for Anna and Dalton to discover fireworks of a different sort between them. But the movie is plagued by one trouble after another, including a fire that destroys an elaborate set and costumes ruined by huge splashes of paint. Who is sabotaging the film and why? To what lengths will they go? When Anna finds herself threatened, how will she and the love blossoming between her and Dalton survive?