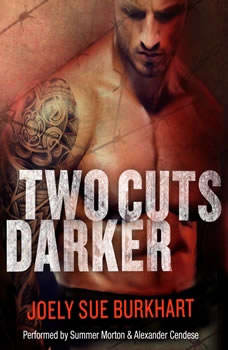 They call him Ghost. Because the only reason no one's been able to kill him must be because he's already dead.

Madison "Mads" Archer's hatred for scumbags who traffic in human lives runs deep--her sister was taken when the girls were just children. Now Madison's on a joint ICE/FBI task force, deep undercover as a sex slave. Bringing down the Vlasenko bratva, the very worst of the Russian mob, will be both a major personal and professional victory.

As a bodyguard for Vlasenko boss's son, Vincent Gyres has seen—and survived—the worst the world has to offer. Ex-Special Forces, ex-CIA, and former inmate at Russia's most brutal prison, he’s earned his deadly reputation. They call him Ghost ecause the only reason everyone has failed to kill him must be because he’s already dead.

Such a violent criminal doesn’t make a trustworthy ally, but Mads will use anyone and everything to stop this bratva from taking another innocent life.  Playing the role of his sex slave to get closer to the leader isn’t a problem, but getting too close to Gyres is dangerous. He agrees to help her on one condition: when she brings down the bratva, she’ll kill him too.