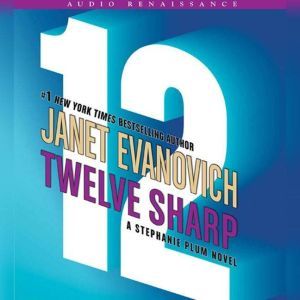 Welcome to Trenton, New Jersey, where bounty hunter Stephanie Plum's life is about to implode in Janet Evanovich's wildest, hottest novel yet!FIRST A STRANGER APPEARSWhile chasing down the usual cast of miscreants and weirdos Stephanie discovers that a crazed woman is stalking her.THEN THE STRANGER REVEALS HER SECRETSThe woman dresses in black, carries a 9mm Glock, and has a bad attitude and a mysterious connection to dark and dangerous Carlos Manoso …street name, Ranger. NEXT, SOMEBODY DIESThe action turns deadly serious, and Stephanie goes from hunting skips to hunting a murderer. SOON, THE CHASE IS ONRanger needs Stephanie for more reasons than he can say. And now, the two are working together to find a killer, rescue a missing child, and stop a lunatic from raising the body count. When Stephanie Plum and Ranger get too close for comfort, vice cop Joe Morelli (her on-again, off-again boyfriend) steps in. Will the ticking clock stop at the stroke of twelve, or will a stranger in the wind find a way to stop Stephanie Plum…forever? Filled with Janet Evanovich's trademark action, nonstop adventure, and sharp humor, Twelve Sharp shows why her audiobooks have been called "hot stuff" (The New York Times), and Evanovich herself "the master" (San Francisco Examiner).

I did not think this story was as good as the earlier ones with Stephanie Plum.

I rented this book not knowing that it was supposed to be comedic. This is the most boring, and ridiculous book that I have read to date. The repetitive use of the failed captures, and silly interviews for new bounty hunters, combined with the puerile writing style has left me cold. The level of writing is that of someone in the second grade. The supposed quandry that Stephanie is in over her boyfriend and Ranger, and her constant whining present her as an annoyance the reader is forced to deal with. If you are looking for a real mystery/crime book - don't bother.

This one came at 2pm its 6:40 and I just turned the last page.I cannot get enough of this series, better than prozac. This group of characters now feel like quirky relatives that I cant wait to catch up with. The first Plum novel to make it to movies was great as well. I hope the rest of the series is picked up.Janet .. write faster!! I miss these guys between reads.