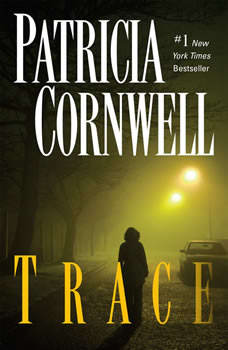 When Dr. Kay Scarpetta, freelancing from South Florida, returns to Richmond, Virginia, at the request of the recently appointed Chief Medical Examiner, who claims that he needs her help to solve a crime, she finds that nothing is as she left it: Her former lab is being demolished; the chief isn't really the one who requested her; her former assistant chief has personal problems that he refuses to reveal; and a glamorous FBI agent meddles with the case. Without the assistance of her colleagues Benton and Lucy, who are busy in what first appears to be an unrelated attempted rape by a stalker, Scarpetta must solve the death of a 14-year-old girl. All she has to go by are the smallest pieces of evidence and twisting leads and details that will reveal the sad truth that might be more that she can bear.

#1 NEW YORK TIMES BESTSELLER • Something big is brewing in Trenton, N.J., and it could blow at any minute.   Stephanie Plum might not be the world’s greatest bounty hunter, but she knows when she’s being played. Ken Globovic (a...

Eve Dallas and her partner, Peabody, are following up on a brutal, senseless crime — an elderly grocery owner killed by three stoned punks for nothing more than kicks and snacks. And for the first time, Peabody is primary detective on the case...

The Dangerous Hour
by Marcia Muller

A personal threat blindsides detective Sharon McCone—and tests her nerves, smarts, and iron-strong resolve….Complacency can make a person careless, and Sharon McCone, who makes crime her business, should know that better than most. One m...

NEW YORK TIMES BESTSELLERLizzy and Diesel are back in an all-new wicked adventure from Janet Evanovich and Emmy Award–winning co-author Phoef Sutton.  Before he was murdered and mummified nearly a century ago, notorious bootlegger Collier...

The new Kay Scarpetta novel from the world's #1 bestselling crime writer. "When it comes to the forensic sciences, nobody can touch Cornwell." -The New York Times Book ReviewPort Mortuary, the title of Patricia Cornwell's eighteenth Scarpetta novel...