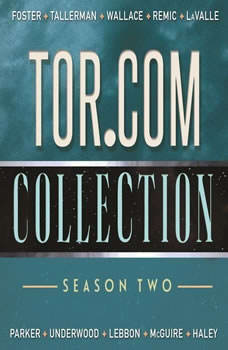 The second season of the Tor.com Collection includes the following Tor.com audiobooks originally published separately in the winter of 2016:The Drowning Eyes by Emily FosterPatchwerk by David TallermanLustlocked by Matt WallaceA Song for No Man's Land by Andy RemicThe Ballad of Black Tom by Victor LaValle The Devil You Know by K.J. ParkerThe Absconded Ambassador by Michael R. UnderwoodPieces of Hate by Tim LebbonEvery Heart a Doorway by Seanan McGuireThe Emperor's Railroad by Guy Haley