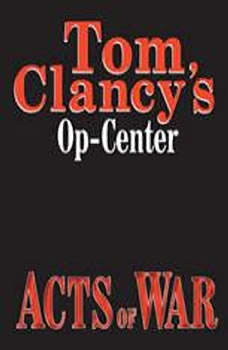 Kurdish terrorists have attacked a dam inside the borders of Turkey, threatening the water supply of their very homeland. It is not insanity, but the first step in a deceptively simple plan: force all-out war in the Middle East, drawing in the major players in the new world order. What the terrorists don't know is that a new Regional Op-Center is now on-line in Turkey. A mobile version of the permanent crisis-management facility, the ROC is a cutting-edge surveillance and information mecca. And its team can see exactly what the Kurdish rebels are trying to do. But the terrorists are more resourceful than anyone thinks. They also have ways of obtaining classified information. And the Regional Op-Center is a prize not to be passed up.