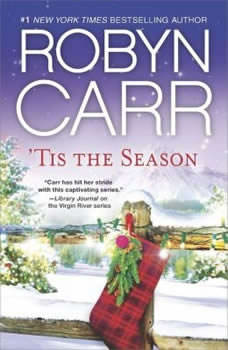 Tis the Season: Under the Christmas Tree/Midnight Confessions

Together for the first time in one volume, two classic holiday storiesplus a bonus novella!from #1 New York Times bestselling author Robyn Carr. 'Tis the season for family, friendship and the thrill of a holiday romance Under the Christmas Tree: With snow falling over the redwood forests, secluded Virgin River is the ideal place to spend the holidays. Each year, the close-knit community gathers in the town square to decorate and light a massive tree. Carols are sung, hot chocolate is sharedand a surprise left under the Christmas tree is about to bring two special people together! Midnight Confessions: Holiday kisses don't end with Christmasthere's still the New Year's Eve party at Jack's Bar to attend. Locals and newcomers alike find themselves eager for that special countdown and that midnight kiss. So join us in Virgin River this year, where Robyn Carr's trademark humor, warmth and sincerity will have you celebrating the festive season in your favorite mountain town.

Tis the Season: Under the Christmas...
The Virgin River series