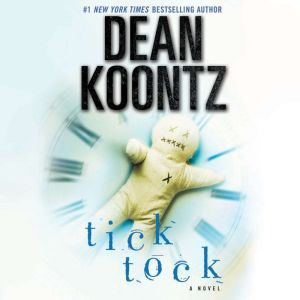 Tommy Phan is a successful detective novelist living the American dream in Southern California. One evening he comes home to find a small rag doll on his doorstep. It’s a simple doll, covered entirely in white cloth, with crossed black stitches for the eyes and mouth, and another pair forming an X over the heart. Curious, he brings it inside.That night Tommy hears an odd popping sound and looks up to see the stitches breaking over the doll’s heart. And in minutes the fabric of Tommy Phan’s reality will be torn apart. Something terrifying emerges from the pristine white cloth, something that will follow Tommy wherever he goes. Something that he can’t destroy. It wants Tommy’s life, and he doesn’t know why. He has only one ally, a beautiful, strangely intuitive waitress he meets by chance—or by a design far beyond his comprehension. He has too many questions, no answers, and very little time. Because the vicious and demonically clever doll has left this warning on Tommy’s computer screen: The deadline is dawn.