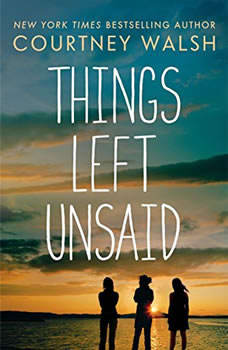 An emotional novel of family, friendship and forgiveness from Courtney Walsh, the New York Times bestselling author of Hometown Girl.Lyndie St. James is thrilled that her best friend, Elle, is getting married but unprepared for the emotional storm of the wedding week and returning to her childhood summer home of Sweethaven. The idyllic cottage community harbors some of her best—and worst—memories. It’s not only the tragic death of her childhood friend Cassie that has haunted her for ten years, it’s the other secrets she’s buried that have kept her from moving on.But Lyndie isn’t the only one with secrets.Cassie’s mother, father and brother, still struggling with the loss, have been drifting further and further apart. And Elle herself, the last to see Cassie alive, carries an impossible burden of guilt. Now reunited, each of them has a choice: to reveal the truths of that night or continue to live in its shadow. That means embarking on a personal journey of the heart—to escape the darkness and all its regrets and to finally come to terms with the past and, especially, with each other.