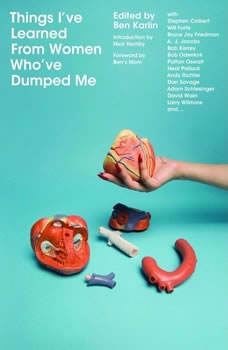 The Emmy award-winning former executive producer of The Daily Show and The Colbert Report has assembled a stellar line-up of men who have one thing in common: all have been dumped...and are willing to share their pain and the lessons learned.