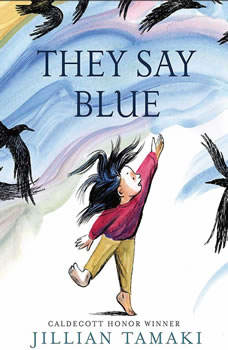 In captivating paintings full of movement and transformation, Tamaki follows a young girl through a year or a day as she examines the colors in the world around her. Egg yolks are sunny orange as expected, yet water cupped in her hands isn't blue like they say. But maybe a blue whale is blue. She doesn't know, she hasn't seen one. Playful and philosophical, They Say Blue is a book about color as well as perspective, about the things we can see and the things we can only wonder at.

You probably know that Leonardo da Vinci painted the Mona Lisa. Did you know that he also invented an early version of a helicopter and a tank, and that he planned to execute the Time Warp Trio for spying on his inventions? Sam's bright idea to look...