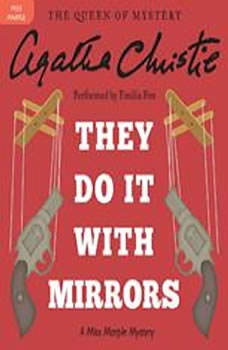 They Do It with Mirrors: A Miss Marple Mystery

Miss Marple senses danger when she visits a friend living in Stoneygates, a rehabilitation center for delinquents. Her fears are confirmed when someone shoots at the administrator. Although he is not injured, a mysterious visitor is less fortunate—shot dead simultaneously in another part of the building.Pure coincidence? Miss Marple thinks not, and must use all her cunning to solve the riddle of the stranger's visit . . . and his murder.This title was previously published as Murder with Mirrors.

They Do It with Mirrors: A Miss Mar...
Miss Marple Mysteries #6