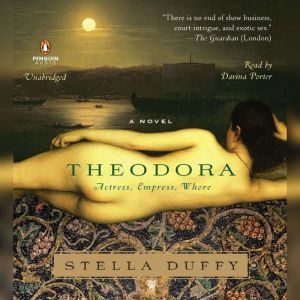 Series: A Novel of Empress Theodora #1

A bravura performance: a witty, moving, sexy book that bursts with as much color and excitement as the city of Constantinople itself." -Financial Times

Roman historian Procopius publicly praised Theodora of Constantinople for her piety-while secretly detailing her salacious stage act and maligning her as ruthless and power hungry. So who was this woman who rose from humble beginnings as a dancer to become the empress of Rome and a saint in the Orthodox Church? Award-winning novelist Stella Duffy vividly recreates the life and times of a woman who left her mark on one of the ancient world's most powerful empires. Theodora: Actress, Empress, Whore is a sexy, captivating novel that resurrects an extraordinary, little-known figure from the dusty pages of history.